Another record for Mohamed Salah, but another performance to set alarm bells ringing among Liverpool supporters as Cody Gakpo’s debut did not spark an immediate revival.

The Reds’ Egyptian King was on target at Anfield on Saturday night, his goal taking him above Sir Kenny Dalglish in the club’s all-time list, but for Jurgen Klopp there was little else to smile about. His side were miles below par yet again as Wolves, threatened by relegation in the Premier League, left Merseyside with 2-2 draw – and now a replay – in the FA Cup third round.

Julen Lopetegui’s side had, as so many teams seem to do against Liverpool these days, taken a first-half lead, with Goncalo Guedes capitalising on an awful error from Reds goalkeeper Alisson Becker.

But Darwin Nunez’s expertly-controlled volley on the stroke of half-time levelled matters, and when Salah put the home side ahead shortly after the break, Klopp’s side looked set to put the misery of Monday’s defeat at Brentford behind them with a win.

They couldn’t hold on, though. Wolves substitute Hwang Hee-chan smuggled in an equaliser midway through the second half, and the visitors thought they’d snatched a win when Toti Gomes bundled home late on, only for an offside flag against Matheus Nunes to save Liverpool’s bacon.

Klopp and his team now face an unwanted replay at Molineux later in the month, while questions over their form, in particular a lack of energy and legs in midfield, will only grow after yet another underwhelming showing.

Here, GOAL runs through the winners and losers from Anfield… 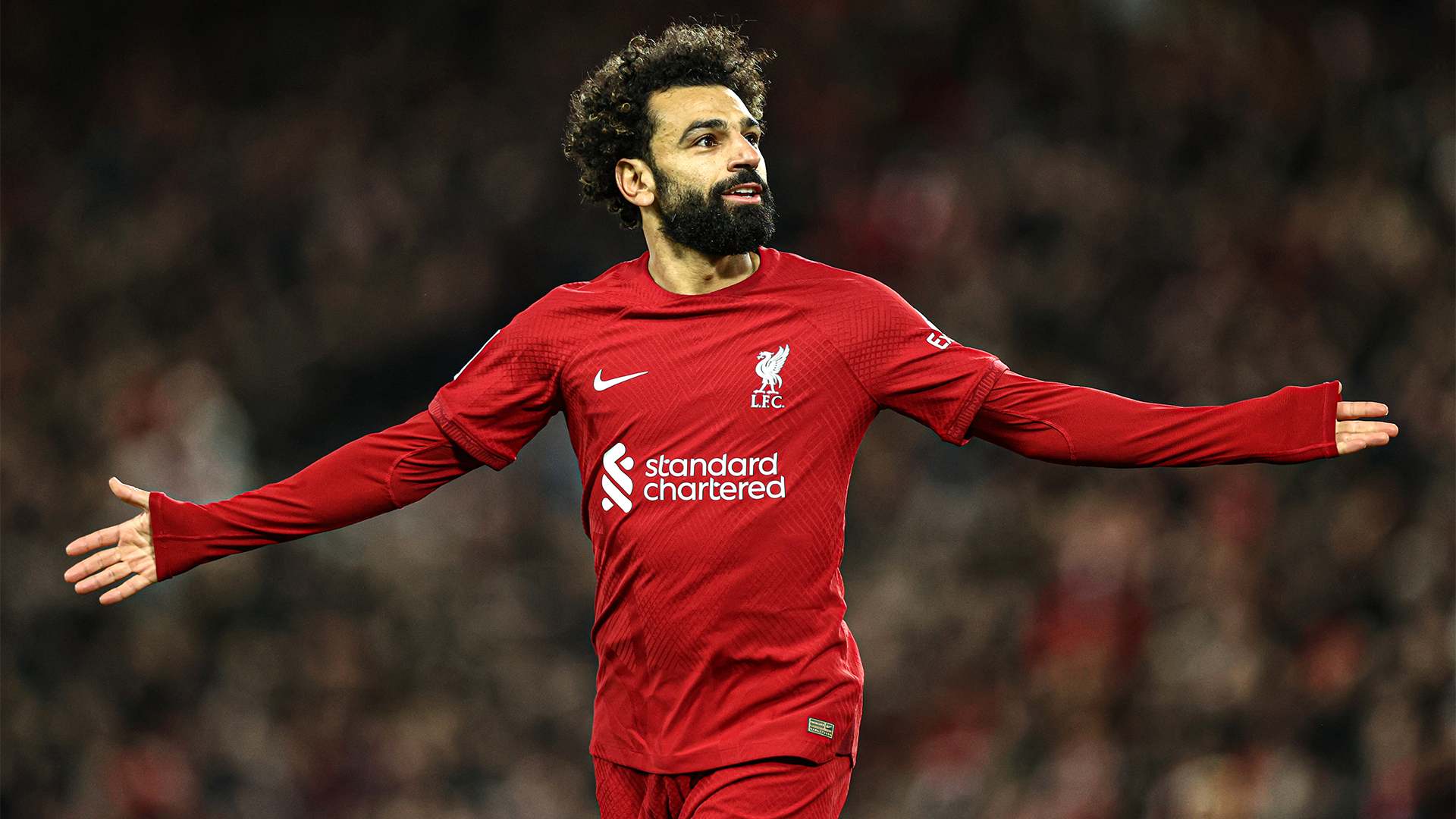 From one King to another. Salah has laid waste to record after record since his arrival on Merseyside in 2017, but here he nudged his way past a true Anfield legend. His goal, taken with supreme composure in front of the Kop, takes him to 173 in a Liverpool shirt, one more than Sir Kenny Dalglish, the man widely considered to be the Reds’ greatest ever player. Salah sits seventh on the all-time scoring list now, 10 behind Robbie Fowler and 13 behind Steven Gerrard. He should catch both by the end of the season, even considering his team’s struggles.

If the Premier League table makes for grim reading for Wolves fans, their side’s performance here should allay some fears. This is not a team that should be battling relegation. The Midlanders have appointed themselves a mighty fine manager in Lopetegui, who should have plenty of fun getting a tune out of a gifted group of footballers at Molineux. All the best performers wore old gold here. Ruben Neves was imperious in midfield, Rayan Ait-Nouri was a constant menace down the left, while Guedes, Adama Traore and Raul Jimenez kept Liverpool’s backline honest throughout. And when Lopetegui turned to his bench, he found game-changers. Hwang had only been on the field three minutes when he combined with another sub, Matheus Cunha, to force the equaliser at 2-2, while a third replacement, Matheus Nunes, showed why Liverpool are so keen to add him to their ranks next season. Wolves didn’t get the win they probably feel they merited, but they should improve fast under Lopetegui. If they don’t, they’ll have let themselves down.

Five minutes plus stoppage time. That was all it took for Liverpool’s 17-year-old Scot to do what so many of his vaunted team-mates couldn’t, and show a little bit of purpose and bravery. Doak is a real talent, good enough to play first-team football at Celtic last season, and on this evidence he’s worth a place in Klopp’s squad. The manner in which he ran at players, and how he put himself about more importantly, did not go unnoticed among the home fans. While so many in red look crippled by fear, the teenager brought a freshness and an energy that was most welcome. Even if he can only do a short burst off the bench at this stage, he could come in very handy in the coming weeks. If ever you wanted a pair of goals to sum up Liverpool’s season, here they were. The first was a comedy of errors, Thiago Alcantara too casual in the middle of the field, but able to just about salvage the situation with a slide tackle. The ball ended up with Alisson, who tried to spray it to the right flank but instead passed it straight to Guedes, who accepted the gift. The second wasn’t much better, an Ibrahima Konate clearance sent back by Nathan Collins for Hwang, who had the freedom of Anfield as he waltzed into the box, fed Cunha and then, somehow, forced the return pass beneath Alisson’s dive, via a deflection off Konate. Alisson, who has been one of the Reds’ few consistent performers this season, beat the turf in frustration, but his face told the true story. ‘What the hell is happening?’ it said. Good question.

Another week, another midfield nightmare for Liverpool. Having taken flak for his selection at Brentford, Klopp went with his ‘best’ three for this game, with captain Jordan Henderson back after concussion, alongside Fabinho and Thiago. None of them played well, all of them looking lethargic and a step or two off the pace. Liverpool’s second-ball game was dreadful, with Wolves constantly able to get their heads up and play through the Reds’ shape. Cody Gakpo, making his debut on the left of the Reds’ attack, was unable to bring about a return to the counter-pressing style which has won so many admirers – and trophies – down the years, with the team looking disjointed and dishevelled. Only when Naby Keita came on did the Reds even threaten to win the ball back high up the field, and even the Guinea international made too many mistakes in possession. Whatever Klopp and his staff are working on at Kirkby, simply isn’t working. This is a broken team at the moment, one that any opponent would fancy its chances against.

We know Liverpool’s captain too well by now to write him off, but Henderson knows he and his teammates have to improve quickly or their season will be in the dust. ‘We win cups’ read the banner on the Kop prior to kick-off, but the Reds are only in this one still because of a marginal offside call, and they could have had few complaints had Wolves snatched the win. Henderson was one of four changes from the side which started, and struggled so badly, at Brentford, but when the fourth official’s board went up midway through the second half, it was no surprise to see the No.14 on it. The skipper was poor, unable to get close enough to Neves and Co. in midfield, and lacking any real quality with his delivery and passing. One skied cross in the first half summed up his, and Liverpool’s, evening. Dismal. 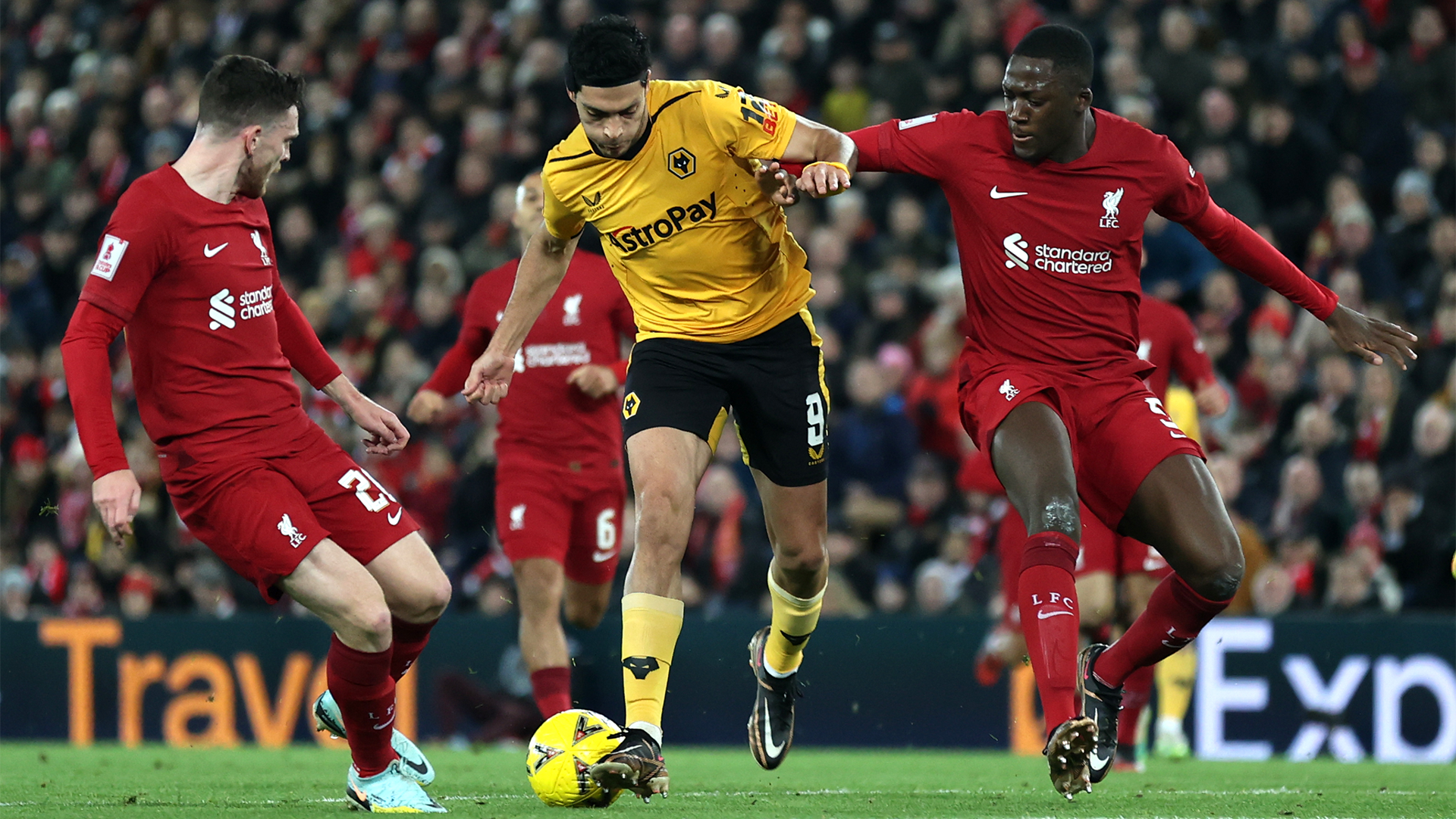 Nightmare for Wolves’ opener and saw the ball squirm under his body for the equaliser. Off his line quickly to snuff out Traore and saved well from Ait-Nouri.

Produced a pass of supreme quality for the equaliser and played with heart.

Lucky to get away with dallying in his own box early on. Defended OK generally.

Unfortunate with the deflection for the equaliser, but didn’t inspire confidence though his pace was more than useful against Traore.

Struggled against Traore in the first half. Kept plugging away without reward. Wolves were dangerous down his side. 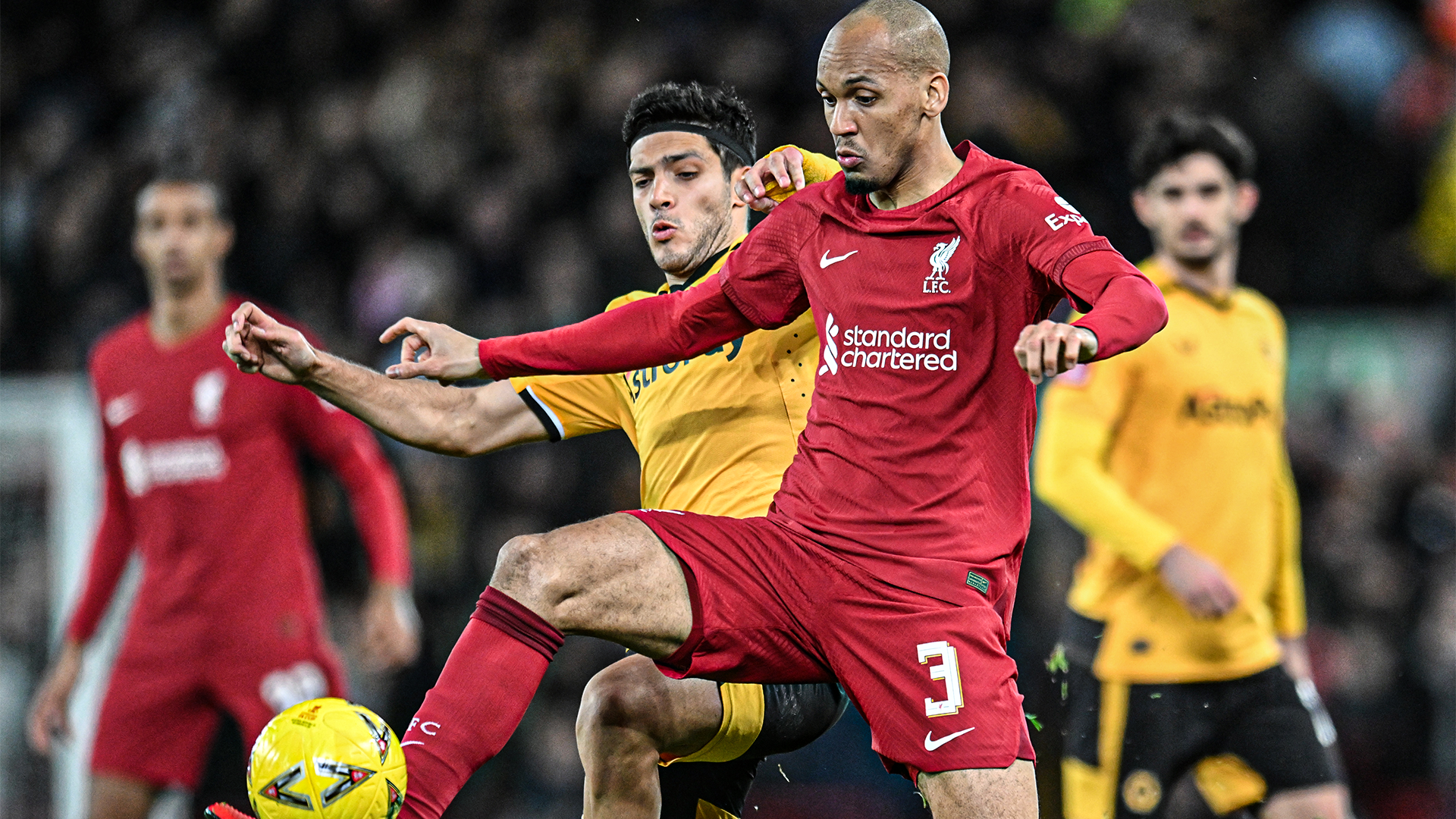 Looked a mile off it in the first half. Improved a bit after the break but is still some way short of what’s expected. Looks so heavy legged and static.

Outran throughout by Wolves’ midfield and, despite a decent 5-10 minute spell at the start of the second half. unable to impact the game on the ball.

Poor first half, taking too many touches and putting his side under pressure. 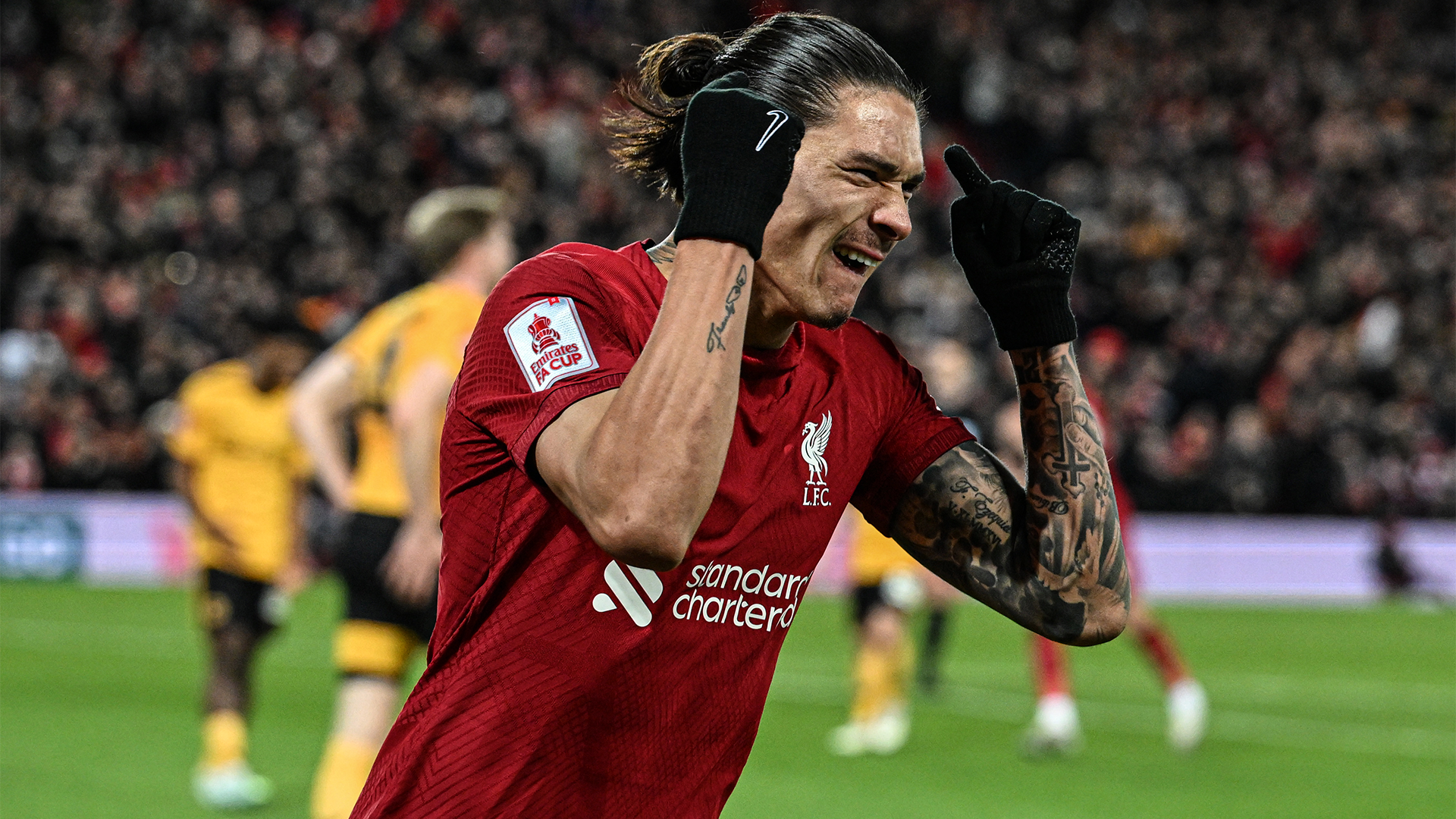 Subdued first half, but showed superb composure to score at the start of the second. Didn’t do much else.

Difficult introduction. The odd nice touch, and played a part in Salah’s goal, but his threat was minimal.

Struggled to begin with but produced a fine finish to level the game right on half time. Not enough from him after the break. 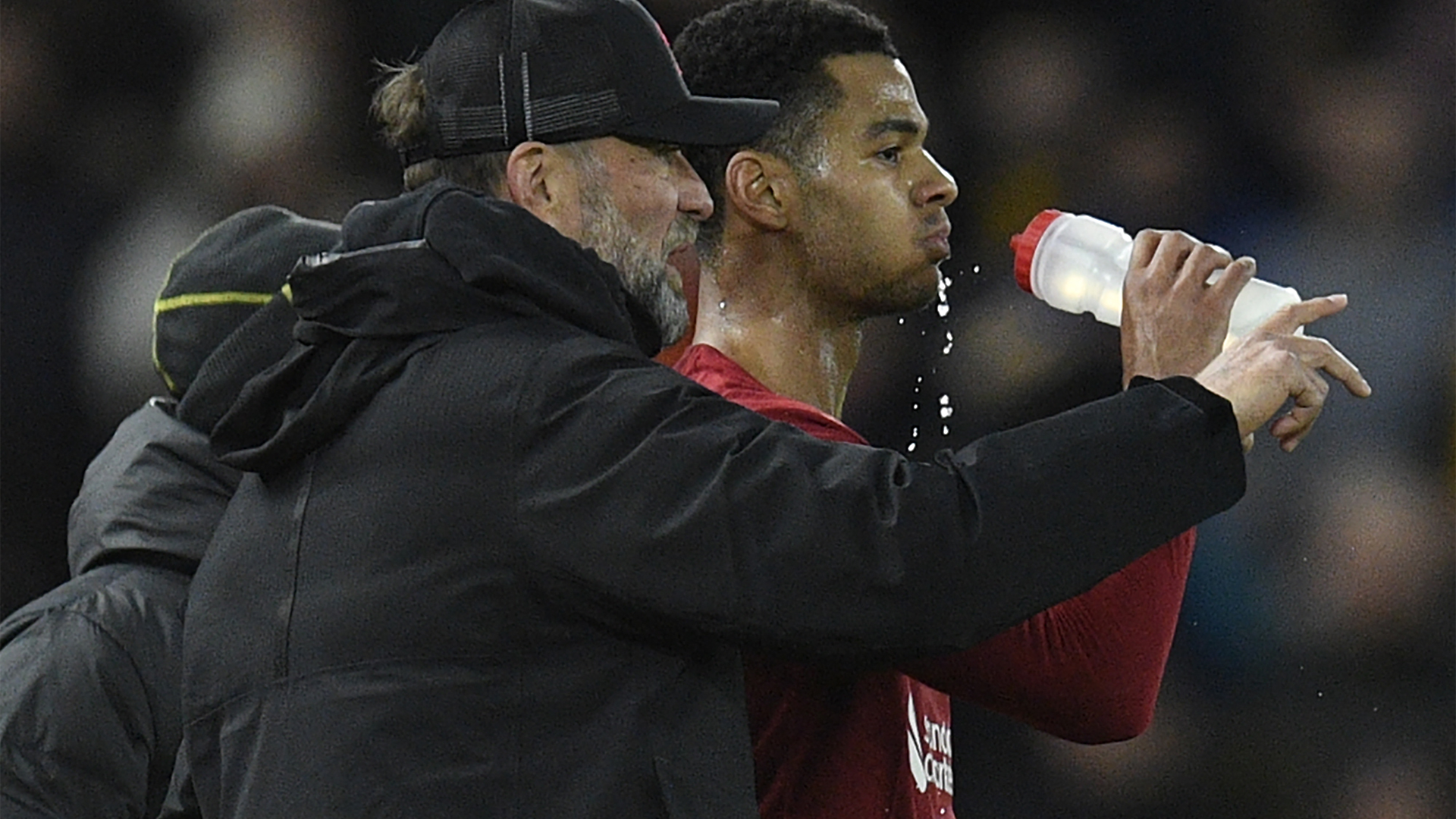 Came on and brought something different initially, pressing and driving with the ball. Made too many mistakes on the ball as it went on.

Bright enough, but unable to help lock down the midfield defensively.

On late. Did nothing.

Came on with the kind of purpose and freshness that his senior colleagues are lacking.

On for Alexander-Arnold late. Did OK.

Must be tearing his hair out. His side simply can’t find any kind of consistent form. They look exhausted. — Goal