According to quantum theory, there is an astronomically small probability that a ball will eventually pass through a brick wall if it is attempted an infinite number of times.

And for 70 minutes on Tuesday, Manchester City appeared to be running the experiment live in their Champions League first leg with Atletico Madrid.

Diego Simeone brought a new extreme version of ‘anti-football’ to the Etihad Stadium and for over three-quarters of the match it worked.

Just 79 seconds after stepping off the bench, the England international found the tiniest pocket of space on the edge of the box, turned quickly and then played an instinctive nutmeg pass into Kevin De Bruyne’s path to slide the ball past Jan Oblak

It felt like City had needed absolute precision to find a way through Atletico’s packed defence and it was the homegrown star that delivered it.

Quite why the 22-year-old had not started was a mystery before the match, and even more so after he caused the Spanish champions more problems in his 20-minute cameo on the pitch than any other City player.

It was not quite overthinking from Pep Guardiola to leave Foden out, but it was a decision that potentially made his team’s night more difficult.

Foden’s livewrire movement stretched Atletico’s disciplined defence, and he created City’s best opportunity from open play of the night when he tricked his way to the touch line and pulled a ball back for De Bruyne, who could not find a way past the four defenders in the six-yard box as he aimed to secure some breathing space ahead of the second leg.

A second goal never came, however, and it is difficult to see who the 1-0 scoreline suits better.

City have an advantage to take to Madrid and will hope that Atletico will eventually come out to play and leave some room to attack. But Simeone has a platform to approach the game in the same defensive manner for the majority of the second leg and hope to make the most of any opportunities on the counterattack or from set-pieces.

The tempo was set in the opening 15 minutes, when City had 92 per cent possession of the ball. And it felt like a good chunk of Atletico’s eight per cent was spent waiting for Jan Oblak to take a goal kick.

They eventually reached a surprising 29% of possession by full-time, but this was the ultimate show in defensive football.

When Antoine Griezmann broke quickly with just one defender alongside him early in the second half, he was still 70 yards from goal with no support, and eventually kicked the ball out for a throw-in when trying to find a team-mate as he ran out of energy.

He and fellow forward Joao Felix spent almost as much time defending in their own box as they did in City’s half. It produced a heat map that if it were illustrating a person’s health would suggest hypothermia from the neck down.

It may not have been entertaining, but it was largely effective.

City tried to stretch their opponents, but even with Riyad Mahrez and Raheem Sterling staying close to their respective touchlines, their time and space was quickly shut down by the breathless Renan Lodi and Sime Vrsaljko.

When they went through the middle, there was simply no room for Bernardo Silva or De Bruyne to create any magic.

And when they were eventually forced to throw long balls into the box, Stefan Savic, Felipe and Reinildo headed and volleyed it clear from danger.

It took a moment of magic from Foden and De Bruyne’s fifth goal in as many games to find a way through.

After what was the first of four massive games against Atletico and Liverpool in the space of 12 days, it is advantage City in the Champions League – but only just. 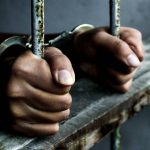 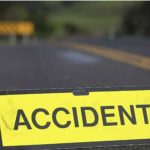 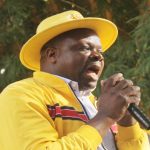