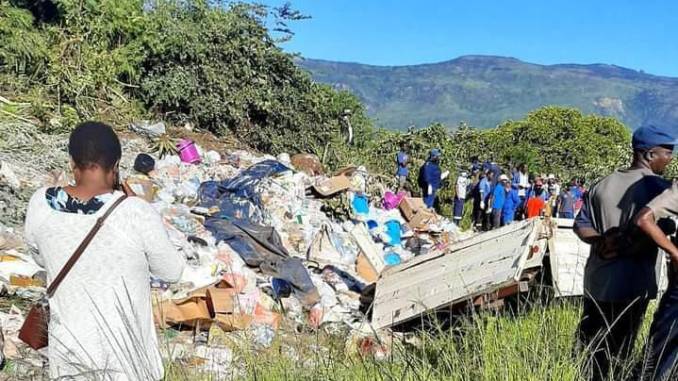 FOUR members of staff in the Office of the President and Cabinet (OPC) died in a road traffic accident yesterday morning when their truck overturned at a black spot near Regina Coeli Mission in Nyanga, Manicaland province.

They were driving to Nyanga where she was due to hand over donations to 20 villagers in Ruwangwe under her community assistance and empowerment programme. In a statement yesterday, Chief Secretary to the President and Cabinet Misheck Sibanda confirmed the tragedy, saying two other officers involved in the accident were rushed to Regina Coeli Mission Hospital.

“The four died at the accident scene, with another two officers who have since been evacuated to Regina Coeli Mission Hospital sustaining serious injuries. The office will, in due course, provide more details on this tragic accident, which is already being investigated by the Zimbabwe Republic Police,” Sibanda said in a statement.

“The First Lady, who was scheduled to interact with about 20 households in Ruwangwe today, was still in Nyanga Town at the time of the accident. The office wishes to express its deepest heartfelt condolences to families of the deceased who are being reached over the incident. In the same vein, the office wishes the two injured officers speedy recovery. Measures are underway to ensure the injured officers secure best care.”

Yesterday’s incident was not the first time that the First Lady’s staff members have died in traffic accidents.

In April 2021, a police executive escort biker leading the First Lady’s motorcade died on the spot after ramming into an oncoming vehicle along the Harare-Chinhoyi Highway.

In another incident in April 2020, her motorcade was involved in a fatal accident in Mt Darwin district, Mashonaland Central province, claiming the lives of her four aides. 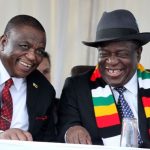 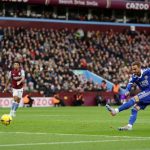